Kazakhstan has a pro-active actor in the world scene regards the situation in Afghanistan as a priority on its foreign policy agenda and exerts serious efforts to facilitate reconstruction in this country which plays a crucial role in the long-term security and stability in Central Asia. That’s why rehabilitation of this country is a major foreign policy priority of Kazakhstan who strongly favours a comprehensive and continued international effort to bring lasting peace and economic development to Afghanistan. 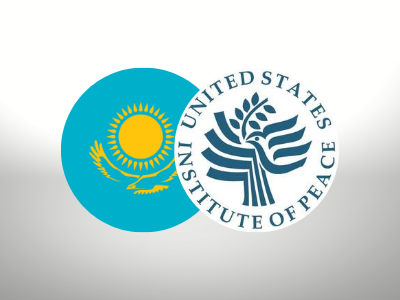 Over the last years Kazakhstan made significant contribution to stabilization of Afghanistan. In 2001 Kazakhstan provided no-cost over-flight rights for “Enduring Freedom” operation. Similar arrangements have been developed and adopted between Kazakhstan and Germany at the end of 2007. In 2002 Kazakhstan offered its emergency landing air fields for US military and cargo planes. Being one of the key parts of so-called Northern Distribution Network through which about 35% of all US cargo arrives to Afghanistan since 2009 Kazakhstan made its rail and motor roads available for transit of non-lethal shipments needed for NATO and U.S. forces in Afghanistan.

Kazakhstan has successfully allocate $50 million to educate 1000 Afghan people since 2010. Education of Afghan people was carried out in the universities of Kazakhstan in such specialties as healthcare, agriculture, police, border control, engineering, teachers and educators.

This Cooperation in Education Agreement is successful and the foundation of a new joint-program launched by Kazakhstan with the EU Commission and UNDP to graduate 50 Afghan women with advanced degrees from regional universities.

In 2018 Kazakhstana hosted a Conference on empowerment of Afghan women and secured a €2 million education pledge from the European Union.

“Women empowerment is not only a matter of human rights and social justice. It’s about development, human growth and fulfilling the country’s potential. The European Union will continue to be the strongest supporter of women.”
EU High Representative for Foreign Affairs and Security Policy Federica Mogherini; Regional Conference on Women’s Empowerment in Afghanistan
September 7, 2018, Nur-Sultan

In accordance with Bonn Process, 2006 London Conference, 2008 Paris Donor Conference on Afghanistan during 2006-2009 Kazakhstan has undertaken a number of steps like humanitarian aid to Afghanistan ($ 1 mln.), scholarships for 100 Afghani students to study in the national universities (geology, engineering, etc.), training programs for Afghanistan’s police and internal security service, signing with Government of Afghanistan the Protocol of Intentions to build railway road Termez (Uzbekistan) – Kabul (Afghanistan) with further access to the transport infrastructure of India, creation of the Kazakh-Afghan Intergovernmental Commission on Trade and Economic Cooperation.

Kazakhstan is the only Central Asian country which has the Assistance Program on Reconstruction of Afghanistan. In 2007-2008 Governmental Action Plan on Assistance to Afghanistan has been successfully accomplished. Total financial funding in sum of $ 3 mln. has been provided to restore agricultural seed supply of Afghanistan ($0.5 mln.), to build a school in Samangan province ($0.28 mln.), a hospital in Bamiyan province ($0.57 mln.) and a road ($ 1.65 mln.).

Under the next Governmental Action Plan on Assistance to Afghanistan for 2009-2011 Kazakhstan allocated $5 million for projects related to water supply, infrastructure development and delivery of grains and other commodities.

The Action Plan allocated considerable resources for providing humanitarian aid to Afghanistan. The aid included the delivery of commodities and materials as well as construction of four bridges crossing the river through the town of Aibak and strengthening the river banks.

Kazakhstan also stands for more regional involvement to the solution of Afghan problem and, in this regard, fully supported the US strategy on Afghanistan which contained comprehensive vision on how to operate in «AfPak» zone.

Stabilization of Afghanistan was and continues to be one of the most important issues to discuss during high-level exchanges between Kazakhstan and USA.