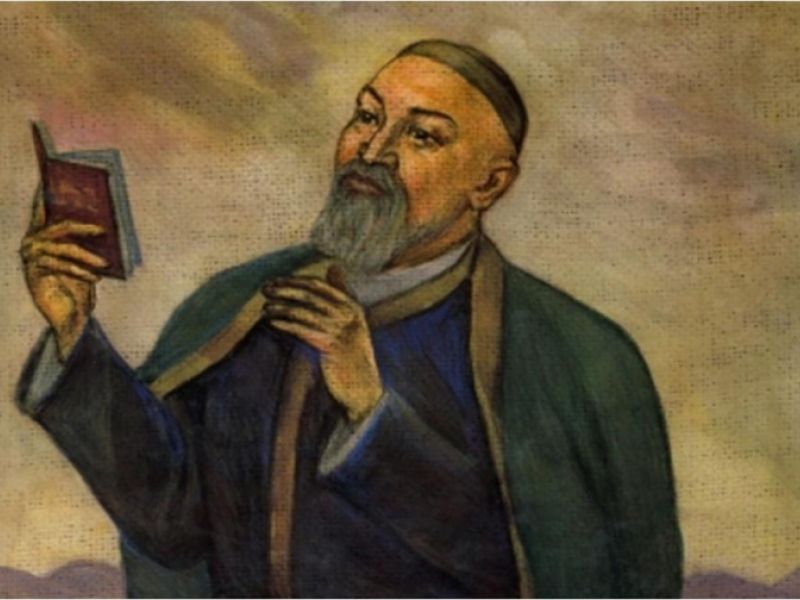 As this year marks the 175th birth anniversary of Kazakh poet Abai Kunanbaiuly, the country’s president Kassym-Jomart Tokayev has shared his thoughts about the relevance of the philosopher’s ideas and thinkings in the modern world and what people should still learn from them.

In an article, Tokayev said that Abai left an indelible mark on the history of Kazakhstan as a scientist, thinker, poet, enlightener, founder of new national literature, translator and composer.

“His poems and prose reflected national identity, life, worldview, character, soul, faith, language, traditions and the spirit of the people, which were later rated as a unique phenomenon, called the world of Abai,” he said.

Quoting Kazakhstan’s First President Nursultan Nazarbayev in his article ‘Course towards the future: modernisation of Kazakhstan’s identity’, Tokayev said that the former emphasised the importance of renewing public consciousness.

“The preservation of national identity and its adaptation to modern requirements has become a national issue. Because the modernisation of identity paves the way for the breakthrough development of the country in the 21st century,” Tokayev said.

“In this regard, I believe that the legacy of Abai is very useful. The works of the great poet are relevant today. Abai’s ideas can always be spiritual food for all of us,” he added.

Moreover, a road – ‘Abai Marg’ – has been named in honour of the poet and is situated in Chanakyapuri, the diplomatic enclave of Delhi.

The Kazakh President outlined that by looking at Abai’s works, he always sincerely wanted the country to be promoted and prosper, and he fully magnified this idea.

“Abai will forever coexist with his native people, invoking the people of Kazakhstan for centuries to reach new heights, which clearly indicates that the poet’s legacy is valued as an eternal will,” he said.

Quoting the poet, Tokayev remarked, “Do not boast until you master science,” thus he will not be at his best until he possesses knowledge. He said: ‘We do not want to buy science for livestock, emphasising that for the prosperity of the country it is necessary to master science. We need to understand the instructive teaching of the Great Abai: Do not think about profit, think about conscience, strive to know more’.

“These findings are relevant today. More important than ever. This is because in the 21st century we see that the goal of science is to strive for the top, to move forward,” the Kazakh President said.

Asserting that new challenges and requirements appear in each area every time, Tokayev said there should be a clear mind to keep up with the times.

“This step requires the ability to combine the best aspects of civilisation with national interests. At such a time, we must abandon our stereotypes and habits. For this reason, Abai was dissatisfied with some of the actions and always criticised they do not seek deep thought, deep scientific knowledge, lying and gossip whipping like wool,” he said.

He underlined that knowing Abai is to know one-self. “Self-knowledge and continuous self-development of a person, giving priority to science and education - are an expression of perfection. This is the intellectual nation. In this regard, Abai’s word should become the guiding force of the generation,” the Kazakh President said.

Tokayev outlined that Abai in his works exalted country goals and national unity, and the poet came up with the idea of creating a just society.

He also spoke of populism, asserting that it has become global in nature as a negative trend.

“The voices of groups that do not have a clear strategy and seek power with empty slogans are often heard all over the world. Speaking of such noisy people, Abai says: They are poisoning idle talk, they will leave us in the cold someday. In fact, this is a dangerous trend that undermines the development of any country and weakens the uniqueness of the nation,” he said.

Tokayev asserted that it is necessary to reveal the meaning of the ideas expressed in the poems and prose of Abai. He also said that such works should be translated into main languages of the world, preserving all its colours.

Tokayev outlined that personalities such as Lao Tzu and Confucius of China have made significant contributions in science and education and are recognised by universal thinkers. He also said that such a level should be reached when someone mentions Kazakhstan, the name of Abai should be remembered.

“It would be a great honour if other people would greet us and say: The Kazakh people are the people of Abai. His instructive life and true creativity are a role model not only for the Kazakh people, but also for the whole world,” he said.

This year more than 500 events will be organised at the international, national and regional levels dedicated to the 175th birth anniversary of Abai. The main event will be the International Scientific and Practical Conference Heritage of Abai and World Spirituality, which will be held in August in Semey in collaboration with UNESCO.

“Also in October, Nur-Sultan will host an international conference on the topic of Abai and issues of spiritual revival. These events will allow a comprehensive study of the personality and heritage of Abai and open the way to his work for the benefit of the new Kazakhstan of the 21st century,” the Kazakh President said.

One of the important projects is the translation and publication of the works of the great poet in ten languages. In particular, the work of Abai will be translated into English, Arabic, Japanese, Spanish, Italian, Chinese, German, Russian, Turkish and French. Several documentaries and the television series “Abai” about the life, heritage of the poet, his role in the development of Kazakh culture will be created.

Tokayev also said that there are plans to create “Abai Centres” at the embassies of Kazakhstan in Russia, France, the United Kingdom and other countries. He asserted that these cultural events need to be organised without squandering.

Moreover, the cemetery of the Kunanbai Oskenbaiuly dynasty in the village of Akshoky, East Kazakhstan Region, will be improved.

“As part of the anniversary year, it is necessary to create favorable conditions for the public who want to decorate the sacred place of Abai - the famous Zhidebai and honour the spirit of the great poet,” the Kazakh President said.

“These and other large-scale events will be held to honour the spirit of the great Abai and glorify his rich heritage. Therefore, I urge all Kazakhstan people to take an active part in this noble initiative,” Tokayev concluded in his article.