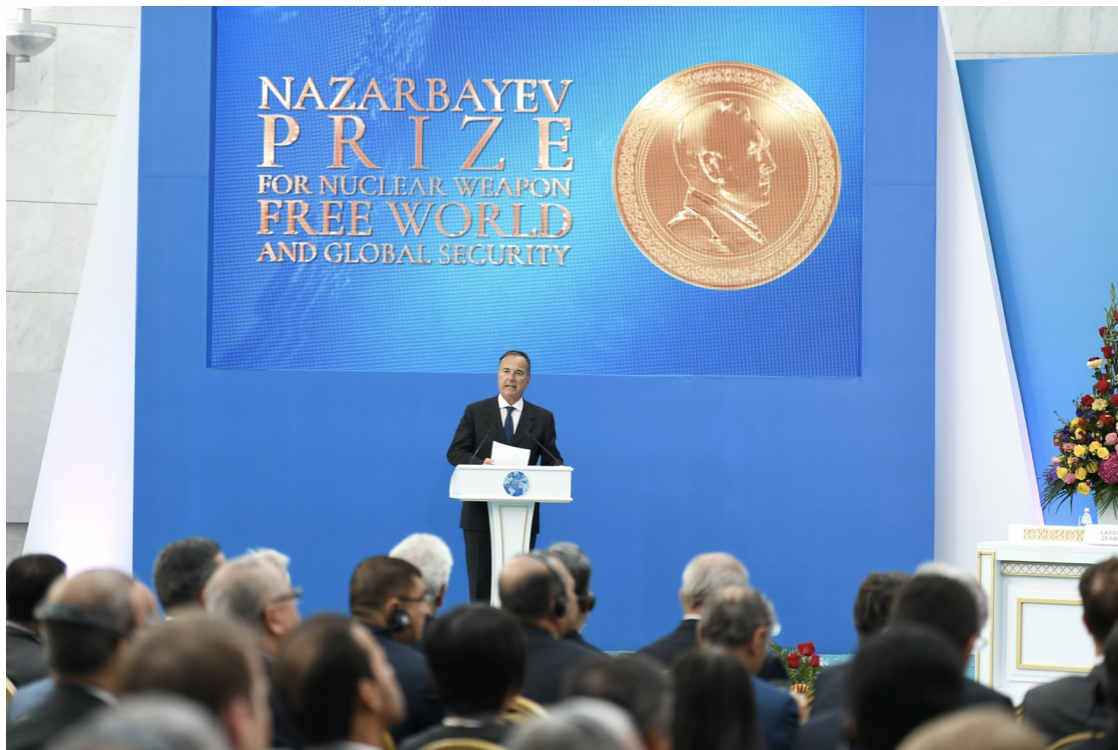 I’m happy to be again in Nur Sultan for an event that confirm the role ofKazakhstan as a key world player for peace, security, stability, the biggestlegacies for the younger generations.A world free from nuclear weapons is the precondition to achieve lastingand comprehensive peace.

Many in the world share these important goal.Unfortunately there are still some very concerning situations where worldpeace is at stake: unclear stance from the North Korean leader Kim onstopping once and forever building nuclear arsenals; growing tensions inmiddle east, linked to the issue of Iran nuclear proliferation and to thedifficulties to reengage Teheran in a clear, verifiable path towards a clearno to nuclear bombs; serious potential repercussions, if Iran goes ahead, on other regional players like Saudi Arabia and Israel, with the risk of avicious circle of proliferation.

Trump’s United States and Russia are escalating on disengaging from theinternational binding agreements, instead of working together for globalsecurity, as it should be. Europe, although strongly supporting non proliferation and peace, is too weak and little relevant on international issue.With the award of today we pay tribute first of all to the first president of Kazakstan Mr. Nursultan Nazerbayev, who took first after the dissolution of Soviet Union the historical decision to dismantle unilaterally nuclear arsenals located on his territory, despite, I’m sure, strong criticism from Moscow at that time. Those who are awarded have proven to follow the visionary path of fightingnuclear proliferation and bringing together states and people to destroy allthe nuclear weapons.

The lesson learned: we need leadership to achieve historical results butalso to adopt historical decisions. This is why rightly this price for world peace is named to President Nazarbayev, and rightly those who won the award are persons whose lifehas been devoted to non proliferation and peace.